skip to main | skip to sidebar

When Marcel Khalife returned from his study of classical music in Russia, he created the operatic masterpiece, 'Ahmad al 'Arabi'. His is the music, but the words were written by Mahmoud Darwish. Translation into English words printed on a page is woefully inadequate to convey the magnificent power of the operatic work, which bridges classical traditions of East and West and embodies all the passion and longing of Arab Nationalism.

I believe these words were written during the first invasion of Lebanon by the Zionists. Now, over two decades later, we still look for the face of Ahmad. So many martyrs have watered the soil with their blood, but there yet is no end to the foreign occupation of the Arab homeland.

I salute those who endure the siege, who maintain their steadfastness in the face of deprivation, torture and threat of death.

'To those hands of zatar(thyme)
and darkened stone,
I voice this cry:
To Ahmad
Forgotten and alone.
The passing clouds have left me
Homeless and unknown,
And only mountains
Dare to hide me
In a barren home.

Ahmad was the sea,
Foaming among the bullets,
A camp that fiercely grew,
Raining thyme and fighters
On us.

'I am Ahmad al Arabi,'
he said:
I am bullets
And oranges
And dreams.'

'I am the line of fire
And I will besiege you in turn,
For my breast
Is the shelter for my people.
LET THE SIEGE COME!'


...Dying close to my blood
And rising in the wheat...

The birds have willed
Their songs to me,
And I have been gathered
To the heartbeat of the fields...

Go deep into my blood,
Go deep into the bread,
So that we will have
A simple homeland
And a dream of jasmine yet to come...

Ahmad al Arabi,
RESIST!
We will journey
In this struggle
Until we reach the shore
Of bread and waves.
We will die
For the dream of a homeland
And of jasmine yet to come.

Oh Ahmad,
Secret like forests and flame,
Make your face known to us:
Read us your last will.

We will disperse in silence
To step back
That the dead may hear your words,
That the living may know
The features of your face.

Ahmad al 'Arabi is available now on CD. As a cri de coeur of Arab Nationalism but more than that, as an incredible musical achievement, I would recommend it to every one. The text in three languages, Arabic, French and English is included with the recording.
Posted by Nabila Harb at 10:23

Nabila, thanks for telling us Americans about Arabic creations which we probably never heard about otherwise.

Come back, Nabila. We miss your posts.

Nice dispatch and this mail helped me alot in my college assignement. Thank you as your information.

To be a adroit benign being is to from a make of openness to the in the seventh heaven, an skill to trusteeship unsure things beyond your own control, that can lead you to be shattered in unequivocally exceptionally circumstances for which you were not to blame. That says something very outstanding thither the prerequisite of the ethical compulsion: that it is based on a trustworthiness in the fitful and on a willingness to be exposed; it's based on being more like a weed than like a sparkler, something fairly dainty, but whose mere precise attraction is inseparable from that fragility.

Confessions of a Human Bomb from Palestine

Music of the Arab Nation

Please note that many sites added below were created by individuals or organisations with whom I may not agree entirely. For example, I disagree emphatically with any designation of a human bomb as a 'suicide bomber'. The brave martyrs who embrace death as a form of Resistance are NOT suicidal! Furthermore, I refuse to acknowledge the Zionist entity as a State, even a spurious one, and therefore will not use any term other than Occupied Palestine when referring to the Palestinian homeland and use only the term 'Zionist entity' when referring to the foreign Occupiers of this portion of the Arab Nation. I have chosen to add sites that represent both the cultural heritage of Palestine as well as current political realities.

Poetry for the Homeland in English

The Music of Resistance

International Support for Justice in Palestine

Other Voices for Resistance

Traditional Arts and Culture of Palestine 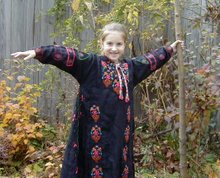